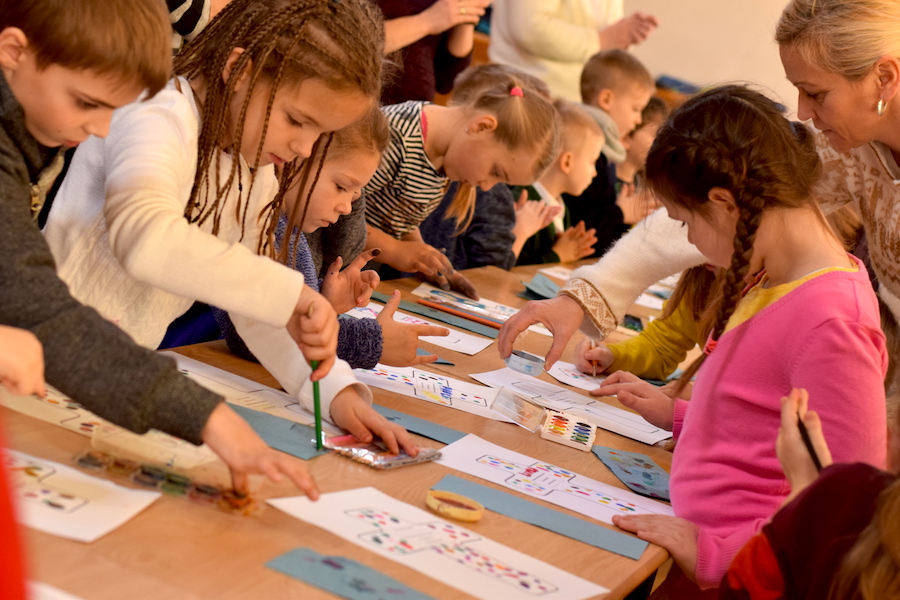 On Sunday, January 17, CCE joined forces with the local Lutheran church’s Sunday School ministry to host their monthly “Smarties Party” for children of the congregation and beyond. About 100 children attended.

The event began with a worship service at the church, during which the children, their parents, and Sunday School helpers received a pastoral blessing. First-graders from CCE’s elementary school participated in worship with a joyful song. After worship, the party took place in the Bible School, gaily decorated with balloons.

The party kicked off with popular Christian songs, which the children sang with gusto (along with hand motions).

A special kind of learning activity followed the sermon. Children were invited to dip a finger in tempera paint and approach a large white sheet of paper bearing several questions, such as “Have you ever told a lie?” and “Have you ever said a bad word?” To answer “yes” to a question, children affixed their fingerprint next to the question on the sheet. In just a few minutes, the sheet was covered with fingerprints (another symbol of our sinful world).

To wash their hands, children were told, they would need a special soap. And so it is with our human heart: every sin makes a mark on it. To wash away our sin requires something special: the blood of Jesus Christ and His forgiveness. 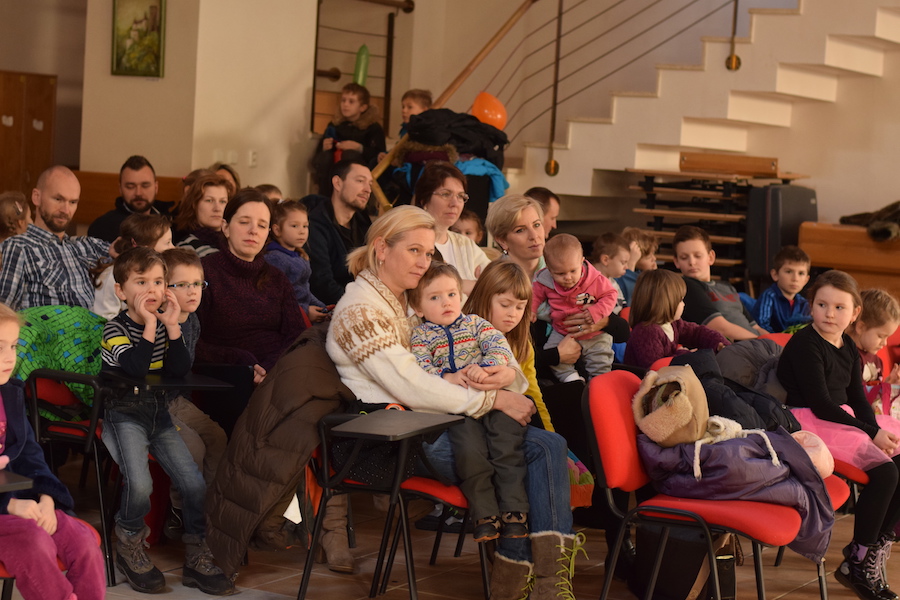 The event also included craft time in which the children decorated crosses on which the words of John 3:16 were printed. Games and refreshments followed.

This entry was posted in Lutheran Church in Martin, Lutheran Elementary School. Bookmark the permalink.